HYPE FROM THE HEART

The Adventures of Augusta Wind: The Last Story has turned into one of the most creatively satisfying, and joyful, projects of my career.  It's hard to break through the wall of Big Two Superheroes with personal projects like this, so I hope folks that have enjoyed my work (especially books like Moonshadow and Abadazad) will give Augusta a chance.  Second issue is on sale now, so it's a good time to jump on.  And you can find a preview of the third issue right here.  (And, yes, I realize I hyped this a couple of posts back, but this series really mean a lot to me.)

Update:  If you prefer digital to print, the fine folks at Comixology are having a 50% off sale on all IDW books, including Augusta. 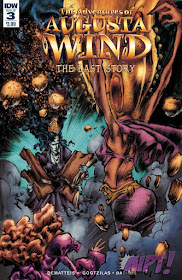 As anyone who has followed this site for more than five minutes knows, no musician has impacted my life more powerfully, and more permanently, than John Lennon. His extraordinary songs—which form the greatest musical autobiography in rock and roll—shine on, speaking to our world today as powerfully as they did all those years ago.  Happy birthday, John. 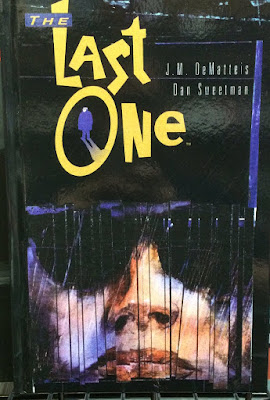 A bit of a melange today, some odds and ends I want to bring to your attention. First, this past Wednesday saw the release of a brand-new edition of one of my favorite projects, The Last One.  Originally done for Vertigo, back in the 90's, this new hardcover comes from the fine folks at IDW.  The story deals with Myrwann, an immortal being living in New York's East Village, where he (or is it she?) has taken a group of lost souls under her (or is it his?) wing.  The art is by the amazing Dan Sweetman (best known to comics fans for his work on Beautiful Stories for Ugly Children) and I'm delighted that this is finally back in print. 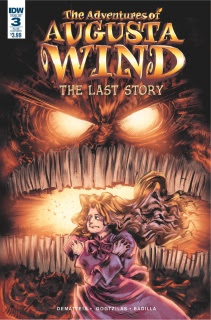 Next, a gentle reminder that the second issue of The Adventures of Augusta Wind: The Last Story is on sale now.  I loved working on the first Augusta series with my wildly-talented collaborator, Vassilis Gogtzilas, but this second series, which wraps up Augusta's epic story, has been one of the most exhilarating creative experiences I've had in years.  It's hard for originals like this to make their way across an ocean filled with Marvel and DC relaunches and licensed books based on hit movies and TV shows, so I'd love it if folks could spread the word about this series.  If you enjoyed Moonshadow or Abadazad (to name two), I think you'll enjoy this. 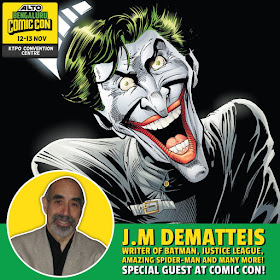 My final convention appearance of the year is coming up in November, in Bangalore, India.  It's been eleven years since my last trip to that magical country and this one promises to be very special, on so many levels.  Really looking forward to it.

And, finally, let me point you toward the Hollywood Reporter, where they list their choices for "The 100 Greatest Superhero Comics."  Both Justice League International and Kraven's Last Hunt made the list and, however arbitrary these things can seem, it always feels good to be remembered and appreciated.  One of the things I liked about this particular list is that it includes some unexpected, and worthy, choices. Check it out.

This concludes today's gallimaufry.  To paraphrase The Outer Limits, we now return control of your computers to you.
J.M. DeMatteis at 10:25 AM 2 comments:
Share
‹
›
Home
View web version