This weekend's Mainframe Comic Con was a success, raising money for charity and offering interviews with a great group of people from across the pop culture spectrum.  You can find my interview at the two hour, nine minute mark in the video below (I was interviewed by Robert Meyer Burnett, co-writer and director of the William Shatner classic Free Enterprise); but stick around and watch 'em all.

You can see the entire Con at this link.  Enjoy!

On April 25th and 26th, I'll be participating in the online Mainframe Comic Con, which will benefit the Hero Initiative, the Red Cross and other charities.  Admission is free and there will be opportunities to contribute to these fine organizations.  Hop on over to their website for more details. 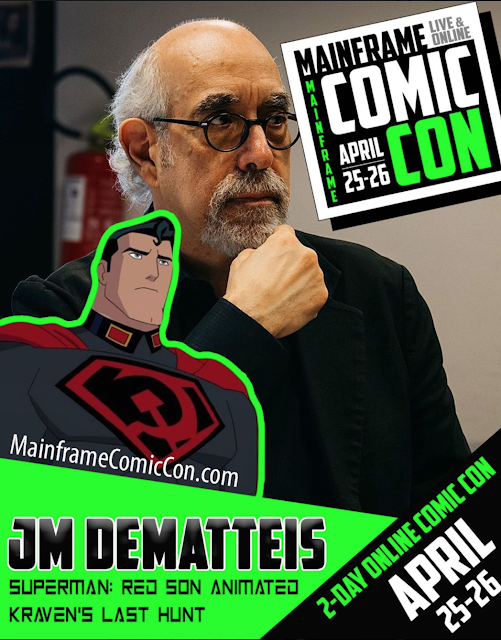 PANELS FROM THE PAST 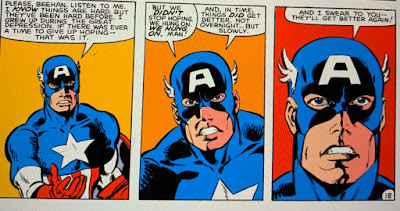 Someone over on Twitter plucked these panels from an old Captain America story I wrote. (Cap #284, to be precise.  Art by Sal Buscema and Kim DeMulder.)  All these years later, they reflect how I feel about what we're all going through today.  You can always depend on Cap to put things in perspective.

Stay safe and healthy!
Posted by J.M. DeMatteis at 10:14 AM 2 comments 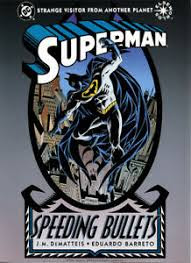 A friend who just read my 1993 graphic novel Speeding Bullets asked me if I did any other Elseworlds stories.  Answer:  I tried.  Soon after SB, I pitched DC a sequel, a kind of reverse version, where young Bruce Wayne was kidnapped by an alien probe, raised on Krypton by a cold and ruthless Jor-El, and became a revolutionary Superman who brought down the Kryptonian power structure. For reasons I never understood, DC passed on it.

Around the same time I pitched another one where baby Kal-El’s rocket was found by white supremacists and Clark Kent was raised to become, essentially, a Super Klansman. (The idea was to push the character as far from “truth, justice and the American way” as possible—and watch him fight his way back to his fundamental core of decency.  By the end of the story Clark rejected hate, took down the supremacists, and became the Superman we know and love.)  Another pass from DC—I think it was a little too hot for them to handle—and so ended my Elseworlds experience (until eight years later, when I did an odd,  poetic, and obscure story called Supergirl:  Wings).  But I like to think that somewhere, in some parallel universe, both those rejected stories exist.

No matter how far along in your career, how successful you appear to be, rejection is part and parcel of the creative life.  You have to have a hard head, a thick skin, and (like Hal Jordan) a fierce will coupled with a powerful imagination.  You have to want that life with all your heart and soul.
Posted by J.M. DeMatteis at 2:45 PM 15 comments