No, not the Terry Gilliam movie.

I had a wonderful chat with the Brazilian podcast Arte-Final yesterday—and we did a deep dive into one of my all-time favorite projects, the Spider-Man saga called "The Child Within."  We also talked about JLI, my animation work, and other things.

The discussion is in both Portuguese and English.  Enjoy!

Justice League Infinity #2 is on sale now.  As our return to the classic Justice League Unlimited universe continues, we find reality breaking apart like a shattered mirror, Superman swept away to a world of neo-Nazis, the Martian Manhunter forced out of retirement by a new threat...and Amazo, the ever-evolving android, may hold the key to it all.

I co-wrote the book with the great James Tucker, producer of JLU, and the art—very much in the style of the TV show—is by Ethen Beavers, with colors by Nick Filardi and letters by Tom Napolitano.

Hope you pick it up and enjoy the ride! 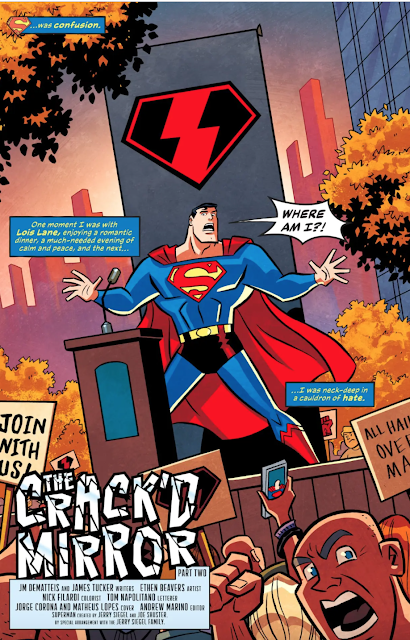 Fifty-nine years ago a radioactive spider took a bite out of a kid named Peter Parker and the pop culture universe was changed forever.  In honor of  Spider-Man Day, here's an essay I wrote last year for a Spanish book about the character's history.  Enjoy! 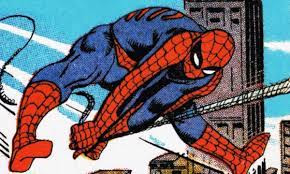 June, 1966. I was standing in the Brooklyn, New York candy store where I bought all my comics and I couldn’t take my eyes off the cover of Amazing Spider-Man #39:  There was the Green Goblin gliding through the sky dragging a bound and defeated Peter Parker—his Spider-Man costume visible beneath his street clothes—behind him.  To my twelve-year-old eyes—conditioned as they were to the pristine DC Comics of the day—this was mesmerizing.  A villain who’d actually unmasked the hero!  A hero so utterly helpless!  As with all great comic book covers, this one fired up my imagination.  I didn’t even have to read this story:  that single illustration, brought to vibrant life by the incomparable John Romita, Sr., suggested dozens of incredible tales that played out in my head.  (This, I later learned, was Romita’s first issue of Amazing Spider-Man.  It looked like he’d been drawing the book all his life.)

I was still a hardcore DC fan then—there was something spooky, almost dangerous, about those early Marvel Comics and I wasn’t quite ready to take the leap—so I resisted buying that issue; but a month later I gave in to temptation and purchased the story’s conclusion:  I was, as the British say, gobsmacked.  Stan Lee’s scripting was so exciting, so nakedly emotional.  And Romita’s interior art—with his dynamic layouts and impeccable storytelling—was every bit as irresistible as the cover that had enchanted me thirty days before.

I tracked down the first chapter, along with many earlier Spidey issues—brought to life by the incomparable Steve Ditko, who co-created the character and plotted many classic Spidey tales—at a local used book store (this was before the days of comic book shops) and lost myself in the magical world that Lee, Ditko, and Romita created.  Peter Parker entered my life then and he’s never left.

As much as I adored Spider-Man as a reader, it was as a writer that I really fell in love with the character.  Peter Parker is perhaps the most emotionally and psychologically real protagonist in any superhero universe.  Sure he wears a mask and swings around on a web-line, but, beneath that mask, he’s as confused, as flawed, as touchingly, wonderfully human, as the people who read, and write, about him.  The book may be called Spider-Man, but it’s all about Peter:  a decent, compassionate young man who’s always struggling to do the right thing.

I think that’s what I love most about Spider-Man (and why his popularity has continued, pretty much unabated, for all these years):  his humanity.  His decency.  No matter how discouraged he may be, no matter how often he fails, he always picks himself up and tries again; and every time Peter Parker triumphs, it’s a triumph for all of us, because he’s such a wonderful example of the human spirit at its best.  Spider-Man both mirrors our weaknesses and inspires us to reach for our highest ideals—and that makes for a truly timeless character.

And a massively relatable one.

I don’t know if I’d want to spend a Saturday night hanging out with Bruce Wayne or Reed Richards, but I’d most certainly want to spend an evening enjoying a good meal—talking about life, the universe, and everything—with Peter.  I think that’s why those of us who’ve been lucky enough to chronicle Spider-Man’s adventures have simultaneously found ourselves in the character and infused him with our own doubts, fears, and highest aspirations.  As we write about Spider-Man we inevitably merge with him.  And I think Spidey’s millions of fans share the same experience as they read his comic books or watch him bound across a movie screen.  In some strange, wonderful way, we’re all Peter Parker.

I’m honored to have had the chance to journey along with Peter and add to his ongoing, ever-evolving mythology. 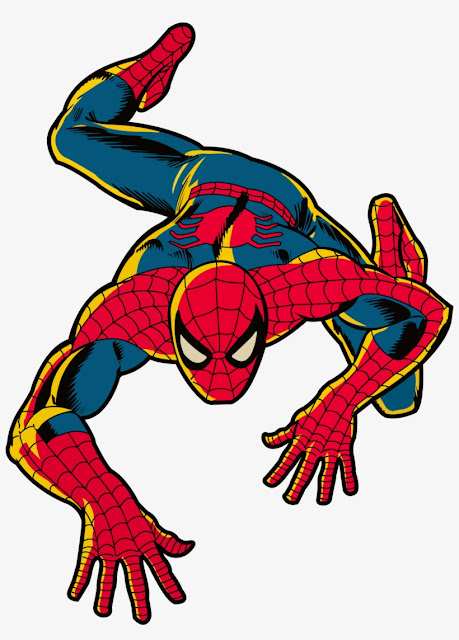