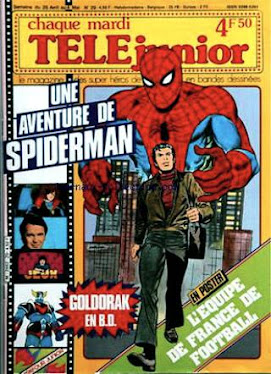 Back in 1979 or so, when I was just sticking my toe in the door at Marvel, editor-in-chief Jim Shooter asked me to write some plots for short seven page Spider-Man tales that would be published exclusively in France, drawn by an artist named Gerald Forton (who, coincidentally, was also drawing the Black Lightning strip I was then doing for DC).  I never saw the finished stories—which were dialogued by French writers—and basically forgot that this chapter in my Spidey history ever happened.

This morning, for reasons that are beyond me, I started thinking about that early assignment and wondering if those stories ever even saw print.  The combination of Google and the hive mind of the Twitterverse returned the truth:  There was indeed a French magazine called TELEjunior that featured not just French-exclusive Spidey stories, but tales of Captain America, the Hulk and others.  I doubt if I'll be able to track down the exact issues where my stories appeared—I'm not even sure how many I wrote!—but it's nice to know they're out there somewhere and that my history with Spidey goes back even farther than I remembered! 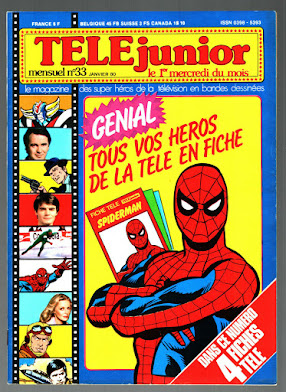 Update:  Thanks to a fine gentleman on Twitter, I was able to locate one of my French Spidey stories.  (As soon as I saw the Alice in Wonderland riff, I knew it had to be mine!) 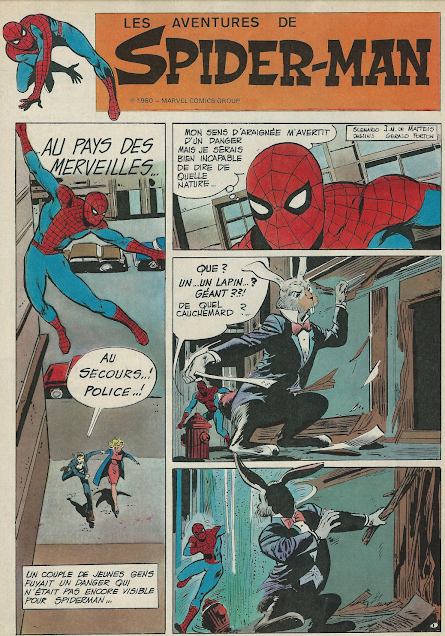 The great William Shatner turns 90 today!  (How is such a thing possible?)  If you want to know why I love the guy, read this.  And for a list of my favorite Shatner performances, click here.

I could have picked a Captain Kirk scene to post here in celebration, but the truth is, however much I love Kirk and Star Trek—and you know I do—Shatner will always be Denny Crane to me.