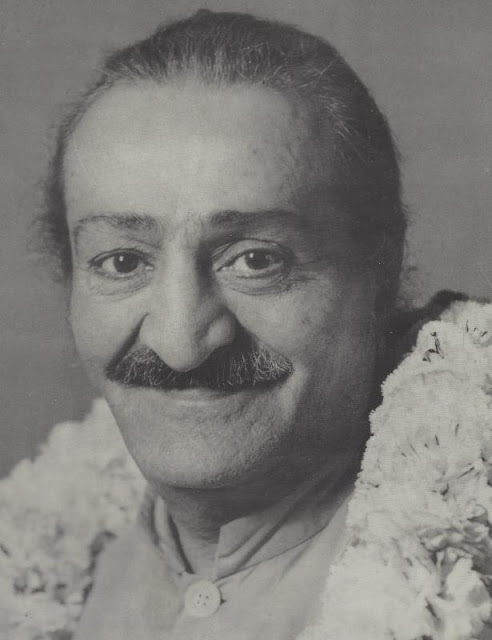 "To penetrate into the essence of all being and significance and to release the fragrance of that inner attainment for the guidance and benefit of others, by expressing, in the world of forms, truth, love, purity and beauty — this is the sole game which has intrinsic and absolute worth. All other happenings, incidents and attainments in themselves can have no lasting importance."

Avatar Meher Baba
Posted by J.M. DeMatteis at 10:14 AM 0 comments

A kind soul on Twitter brought this to my attention:  a letter teenage JMD wrote to the Sub-Mariner comic in 1970. 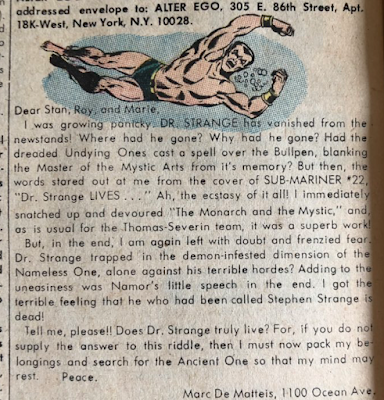 I have no memory of this but, man, that kid was obsessed with Doctor Strange. (Guess it paid off in the end!) 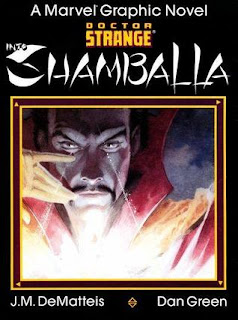 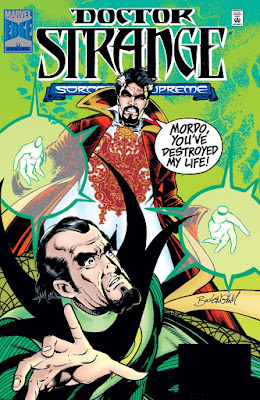 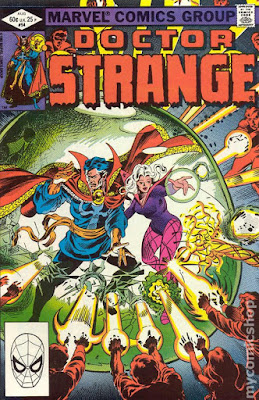 Speaking of podcasts:  I had a great time talking to novelists, and all-around good guys, Brian Keene and Christopher Golden for their Defenders Dialogue podcast.  We talked about, no surprise!, my 80s run on The Defenders—as well as Moonshadow, Blood: a tale, Kraven's Last Hunt, The Girl in the Bay and other fun things.  You can listen to our conversation right here:

Here's part two of my interview with The Retro Project.  (You can find part one here.)  Enjoy! 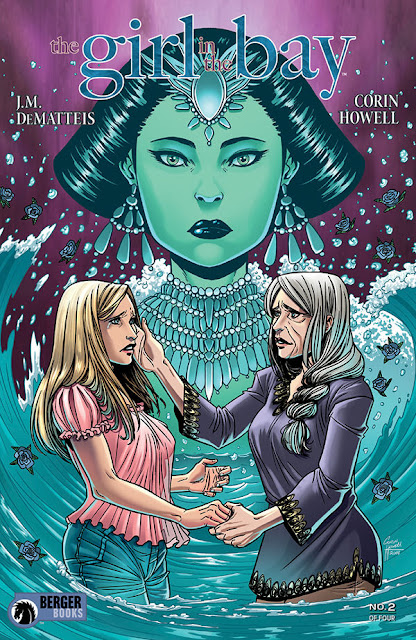 THE GIRL IN THE BAY

The first issue of The Girl in the Bay is on sale today, courtesy of the fine folks at Dark Horse/Berger Books.  It's a dark, twisty tale of time travel, doppelgängers, mysticism and murder. Very excited about this series—and so happy to be working with my old friend Karen Berger and the wonderful Corin Howell.

Check out the trailer below.  And I hope you enjoy The Girl in the Bay.

Here's an interesting (well, I hope it's interesting!) chat I had with The Retro Project podcast.  It's a very different kind of interview and I suspect you'll enjoy it.