My friend, the brilliant Jon J Muth, was going through old files and unearthed this:  an early 90s proposal I wrote for a Phantom Stranger graphic novel. The PS pitch clearly didn’t sell, but the idea evolved into the Mercy graphic novel that was part of the 1993 launch of editor Karen Berger’s Vertigo line. 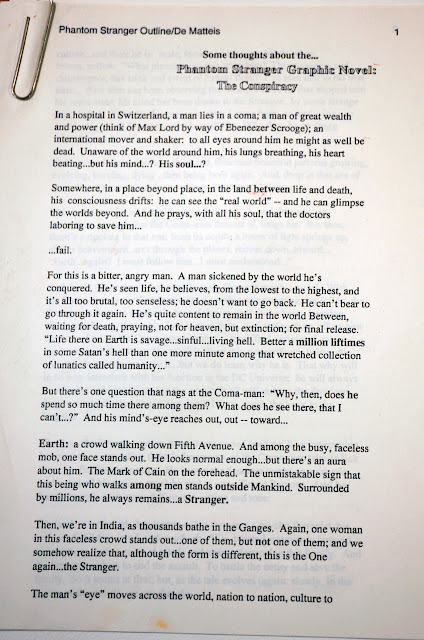 Actually, the book didn’t start at Vertigo:  Art Young, Karen’s former assistant, was working for Disney Publishing, tasked with putting together a line of mature readers comics—dubbed Touchmark—and Mercy was originally part of that.  When the Disney line collapsed, Art returned to DC, and brought Mercy—along with several other Touchmark projects—with him.  (Mercy is currently available in a "director's cut" version from Dover Books.) 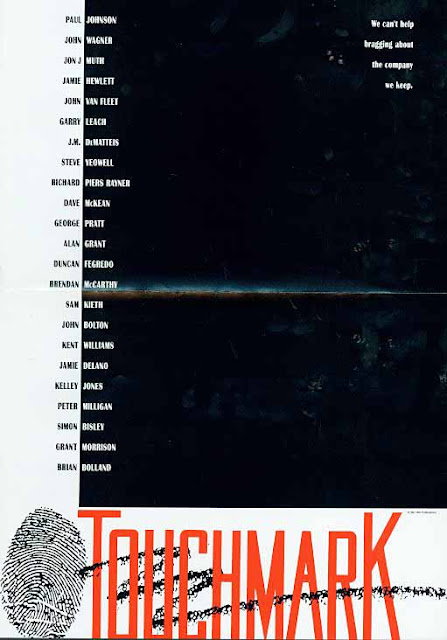 I have all the early Mercy materials in my files, but no trace of the Stranger pitch.  In fact, I have no memory of writing it and Jon has no memory of it, either.  It’s like it manifested itself from the ethers—which sounds like something the Phantom Stranger would do!
Posted by J.M. DeMatteis at 11:44 AM